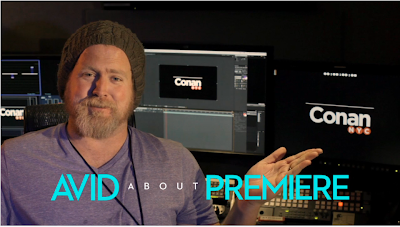 My friends and I have been testing out the next version of Adobe Premiere Pro for the past few months. Since our video about FCPX was so well received, We thought we would do one ourselves about Premiere. Here's a sneak peek at the new interface in the upcoming version of Premiere Pro. Let me know what you think and please spread the word.
CAST
Rob Ashe | twitter.com/robtheeditor
Dan Dome | twitter.com/ddandthecups
Dave Grecu | twitter.com/grecutopia
robtheeditor.tumblr.com
Posted by Justin Miller at 5:54 PM