"The Royal Castle - from Destruction to Reconstruction" by Polish studio Novina 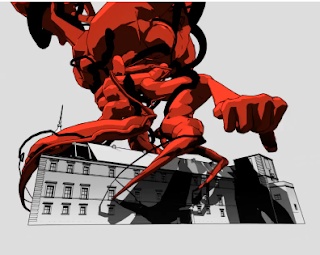 The Royal Castle - from Destruction to Reconstruction from Grzegorz Nowiński on Vimeo.

The exhibition at the Royal Castle in Warsaw / Poland.
by Novina Studio

The Royal Castle in Warsaw, being a symbol of the sovereignty of the Polish State, became a target for German military attacks as early as in the first days of the World War II. On 17 September 1939 it was in flames. Apart from the firemen and city wardens, also soldiers, harcerze (scouts) and civilians were helping to put the fire out. At the same time Polish museum workers and conservators, risking their own lives, were trying to salvage the most precious art collections, as well as decorative elements from the most important Castle rooms (eg. fragments of flooring, fireplaces, stucco works and frescos). The act of destruction was completed during the Warsaw Uprising in September 1944, when German sappers blasted the Castle walls.
Decision to begin the reconstruction was however not made until January 1971. In 1977 first interiors were ready. The next ones were delivered in July 1984. The rebuilding of the Castle was accompanied by an immense involvement of the Polish nation. The whole investment was financed almost in full with the money coming from donations of Poles at home and abroad.
Handing the reconstructed Castle to the nation was an act of honouring all of those, who, during the Occupation, with greatest dedication and risking their own lives, salvaged the Castle and the Castle art works for the future generations.

They actually have an interesting, and very interactive website http://www.novinastudio.pl/
Posted by Justin Miller at 9:31 PM