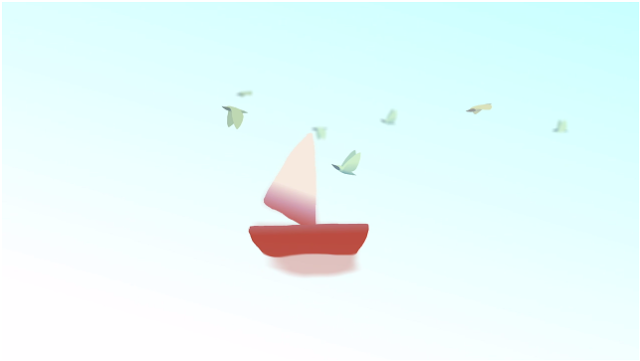 "How minimalist can a lead character be in an animated short and still elicit an audience’s emotional reaction? CalArts student Nelson Boles explores the possibilities in his smartly designed The Little Boat. His sparing approach evokes the live-action short The Red Balloon which similarly imbued life into an obstinately mundane object. Boles doesn’t anthropomorphize the titular character; the dinghy’s behavior stems from its interactions with other characters in the film and its surrounding environment. And though its movement is controlled by an external force (wind), we still feel something for the boat. For instance, the shot at 2:10 that shows the boat resolutely pushing forward only to have its mast shattered in half—it’s as heartbreaking a moment as anything that could happen to a more conventional animated character with eyes, hands and legs."