Here's a couple 3D projects I've been working on --> feedback & critiques are certainly welcome.
The first 3D Illustration piece Im working on will be based on this painting by Ashley Wood: 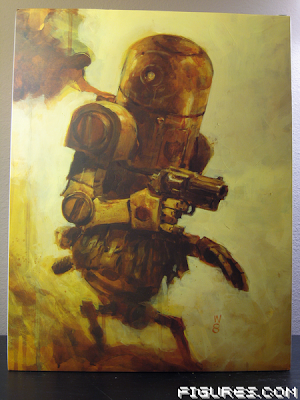 Not sure if it would make any sense to make the same exact piece, but in 3d, or create a different scene, but with a similar execution. Either way, here's a couple of assets that will be included on the piece:
Robot (front side) 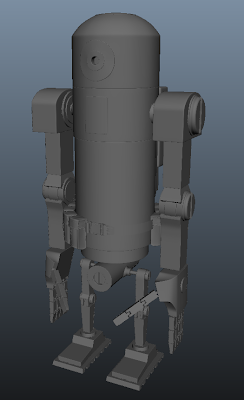 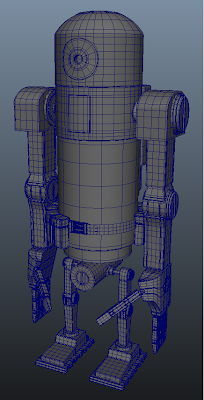 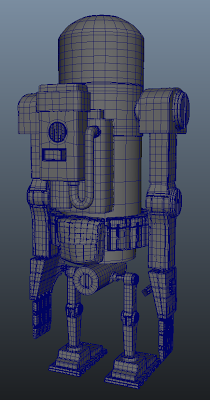 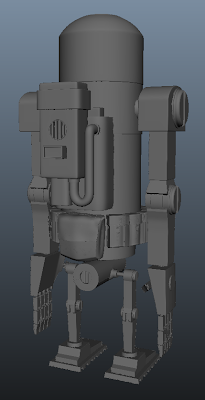 Thunder 5 Revolver (not really sure what kind of gun is really being used in the painting, but this gun I found on Google seemed just as sinister). 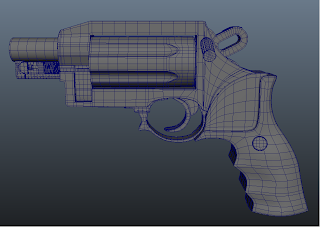 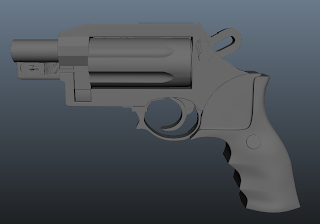 There's a couple other things, but I felt they weren't interesting enough to post as stand-alone objects, but things like grenades and a gun holster will be added to the robot's supply belt.
The geos are a bit heavier than I'd like, but everything that's modeled for the sake of ZBrush needs to have (almost) completely square faces, no stretched rectangles, or diagonally-extruded shapes, or else ZBrush doesn't subdivide the shapes properly.
Everything still needs to be UV'd, but then will color/texture everything in Zbrush.
Speaking of ZBrush, I got hit with a dose of nostalgia last week when my co-workers played a couple episodes of Rocko's Modern Life, so I wanted to try out ZBrush's modeling tools, including the ZSpheres, and this is what I have so far: 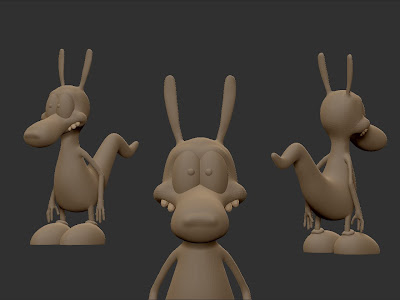 Shirt coming soon! For now, Rocko is an exhibitionist.
Also coming soon, a model of Christopher Walken's face --- but for now, observe Figure 1.1:

Posted by MrGreenface at 9:58 PM