The Alchemist's Letter from Carlos Stevens on Vimeo.

An Animation Master has passed.

My hero Frederic Back has passed. His animations have forever changed and influenced me. And more, he was truly able to live by his convictions, in life and in art. He did them as one in the same, from my perspective he must have never had to 'work' a day in his life. A rare and extraordinary artist and man. HERE is a link to some of his work. And HERE to his website to learn more. 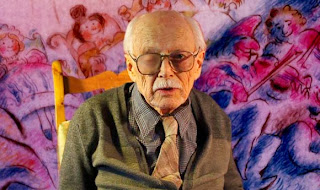 Posted by ArcticDawn at 9:01 PM 0 comments

I love science animation that is done well!

Posted by ArcticDawn at 2:36 PM 0 comments

The Avengers - CG Sequences - Industrial Light and Magic from CGMeetUp.net on Vimeo.
Posted by Justin Miller at 6:47 AM 0 comments

"The Blue Umbrella" Clip from Pixars next short

Posted by Justin Miller at 6:31 AM 0 comments 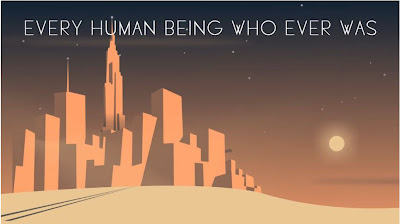 
A visual response to Carl Sagan's famed 'Pale Blue Dot' monologue, where he muses on our planet's appearance in a photograph taken by the Voyager 1 space probe. The most distant photograph ever taken of Earth. This was a free-time project, designed and created in After Effects with extensive sound work created to sit along side the music from Cosmos and spoken word from Sagan. I had wanted to bring visuals to Sagan's words for some time and finished this after working on it periodically over the last 3 months. Thanks for taking the time to view.


"This is a great first look at the technology and techniques that have been created for and used on the animated short, "Paperman".
If you don't know what Paperman is, check out the links below.  Director, John Kahrs and the team working on this film have definitely put a lot of thought and heart into it.
The line between 2D and 3D is slowly beginning to blend together.  The debate between mediums will continue, no doubt, but Paperman is sure to break some new ground and combine the best of both worlds.  We shall see.
Has anyone actually seen the short film in its entirety yet?  We'd love to hear what you thought of it."
http://cghub.com/blog/view/paperman-technical-breakdown/
Posted by Justin Miller at 8:45 AM 0 comments 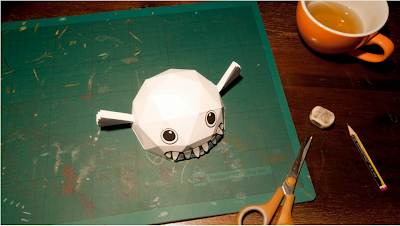 Train Of Thought from Thaddaeus Andreades on Vimeo.

https://vimeo.com/55062325
This project was completed in 3 weeks! My partner and I are Sophomores in the undergraduate Computer Animation program at SVA. All modeling, texturing, lighting and animation was done using maya. We used the maya software renderer. No Dynamics were used in the making of this film, only hand animation!
Posted by Thaddaeus at 5:35 PM 1 comments 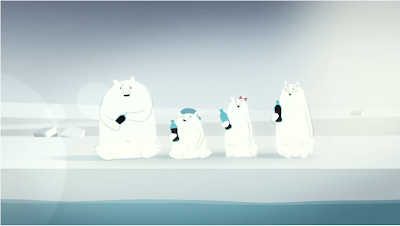 The Real Bears - DC from Lucas Zanotto on Vimeo.

This is the director's cut of the The Real Bears, a film I directed and animated for a campaign to reduce the consumption of soda and other sugary drinks.
The music and sound design were done by Nikolai von Sallwitz.

More info here: TheRealBears.org (with a score by Jason Mraz) 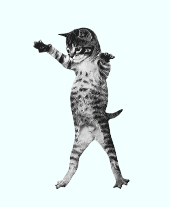 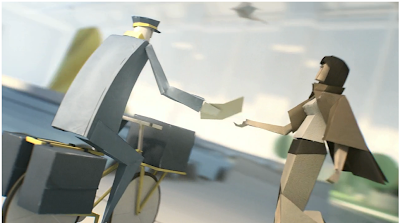 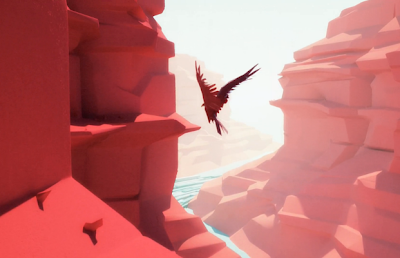 The Gaian Project celebrates nature. With its yearly digital album release inlcuding designs,
music and articles it inspires to preserve our planet.

In 2010, Steffen Knoesgaard, Fredrik Ekholm and Simon Holmedal,
created the first ever moving imagery for the community art project
Gaia: The Gaia10 official trailer. Two years later the project has
changed from coordinated yearly releases, into an ongoing collab-
oration as the community run website gaian.me

To mark the new direction of the community, curator Marius Bauer
returned to Steffen and Fredrik and commissioned an updated trailer.
Seeing this as an excellent opportunity to blow off some creative
steam, they conceptualized an idea to recreate the trailer based
on the original thoughts, but updated for 2012.

During the process designer/animator Linus Lundin - a long
time collaborator, joined the project as well as musician
and sound designer Jochen Mader.

Read more about the project at Gaian.me
Process and inspiration: behance.net/gallery/Gaianme-Official-trailer-2012/5100725 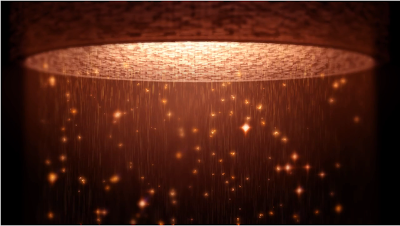 Shelter from Carl Burton on Vimeo.

An epic secret world is revealed within an attic during a rainstorm. 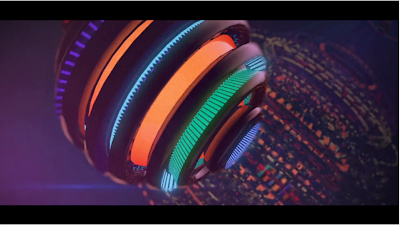 DIGITIZED from Tony Zagoraios on Vimeo.


We were asked to create the opening titles for Digitzed 2012(A digital design conference in Greece digitized.gr).It was such a pleasure finding ourselves experimenting and trying new things and styles.
Special thanx s to Konstantinos Penlidis and Demetrios Fakinos.